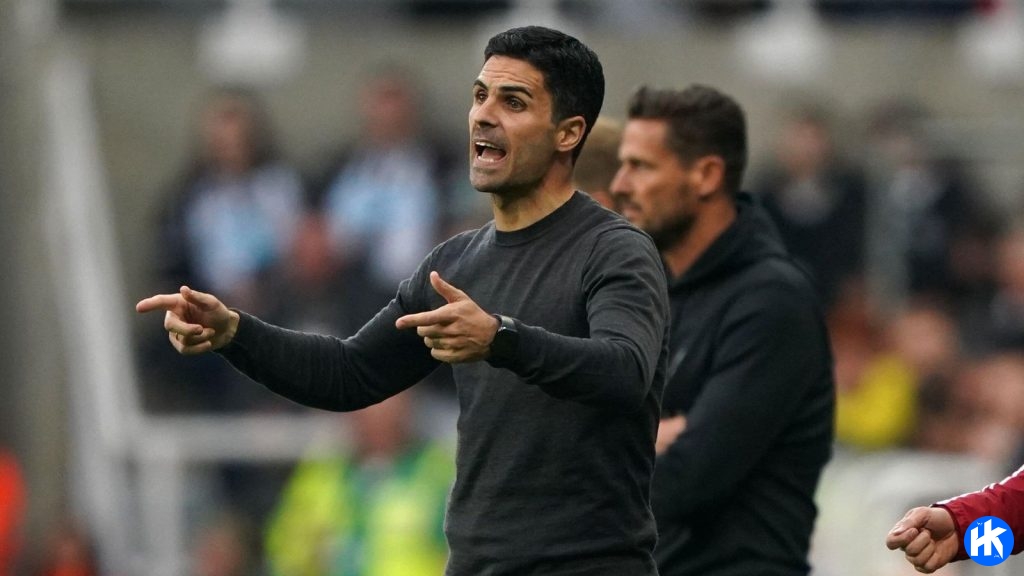 Mikel Arteta has claimed that Newcastle United were “ten times better” than Arsenal as his side “had nothing in the game” at St James’ Park.
The Gunners travelled to face Newcastle on Monday night. This game came days after Arsenal’s 3-0 loss against Spurs at The Tottenham Hotspur Stadium.
Antonio Conte’s side piled the pressure on Arsenal before Monday’s game as they beat Burnley 1-0 on Sunday.
In what was their final home game of the season, Newcastle came out firing and they caused Arteta’s men lots of problems.
Arsenal could not get a foothold in the game and they fell behind with around half an hour to go. This came via an own-goal from Ben White.
Former Gunners target Bruno Guimaraes doubled Newcastle’s lead late on. They ran out 2-0 winners and they could have won more comfortably.
The Londoners are now two points behind Spurs with one game of the season remaining. Tottenham have the better goal difference and they face Norwich City on the final day.

Arteta said post-match that he is “incredibly disappointed” as Newcastle were “much better in every department” than Arsenal:
“Newcastle deserved to win the match and were much better than us. We had nothing in the game,” Arteta told Sky Sports.
“They were much better in every department and we were poor with the ball. A lot of things happened during the game, like substitutions for injuries, but it’s not an excuse because they were much better than us.
“It’s true that we could not cope with the game that we had to play here. We tried to change some things but it didn’t make it better. We had moments where we looked better but then the execution was so poor and the goals we gave away were extremely poor.
“It’s extremely disappointing that Newcastle were 10 times better than us and the performance was nowhere near the level we need to be at if we want to play in the Champions League.
“I am incredibly disappointed. It’s a very painful one. It was in our hands and today it’s not in our hands. We have to beat Everton and wait for Norwich to beat Spurs. There’s always a tiny chance in football.”
Granit Xhaka added post-match that Arsenal put in a “disaster performance” against Newcastle:
“It’s difficult to find the right words. From the first minute to the 90th we didn’t deserve to be on the pitch.
“I can’t explain to you why. We didn’t do what the game plan was, not listening to the coach. What happened was a disaster performance. You don’t deserve to play Champions League or even Europa League. It’s very hard to take it at the moment.
“I don’t know why we’re not doing what the coach is asking for us.”

Arteta admits Newcastle were ‘ten times better’ than his team