Breaking news: Rapper, Lil Keed has died at the age of 24 - his brother confirms
Posted by

Raphael on May 14, 2022 0
Rapper Lil Keed has died at the age of 24, his brother has confirmed.
The Atlanta rising star, whose real name is Raqhid Render, leaves behind daughter Naychur.
His brother wrote: "Can’t believe I seened u die today bro I did all my cries I know what u want me to do and that’s go hard for Mama Daddy Our Brothers Naychur and Whiteboy."
On last album Trapped on Cleveland 3 in 2020 he collaborated with Kylie Jenner's boyfriend Travis Scott, Young Thug and Chris Brown. 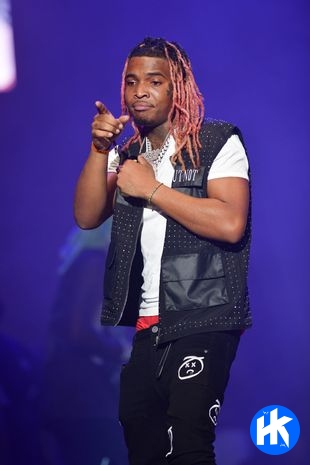 He briefly worked at Subway and McDonald's during his teenage years before breaking into the music industry.
Cause of death has not yet been confirmed.
The rapper was the youngest of seven children and was signed under Young Thug's record label, YSL (Young Stoner Life), as well ass 300 Entertainment.
Fans and pals rushed to pay tribute.
One wrote: "Rip lil keed … wtf can’t believe I’m seeing dis rn. im sick to my stomach. my brudda was good hearted."
Taylor Bennett described Lil Keed wrote on Instagram: "I want us all to pay respect. It's hard to give flowers when people are alive and I'm guilty.

"Keed you are the new sound of music surpassing hip hop and all genres."
Artist Lil CeeKay, who also sells shoes, hailed Lil Keed "an incredible father" in an emotional post on the platform.
He said: "Fly high Lil Keed. Glad we got to build a bond these past 2 years, will always appreciate the support you always showed.
"Every time I would sell to you and Lil Gotit you made sure I felt I was at home and made sure I left safely.
"Still remember when we were talking about ho

Breaking news: Rapper, Lil Keed has died at the age of 24 - his brother confirms

South African rapper, Lucasraps Names US Rapper He Wants To Work With