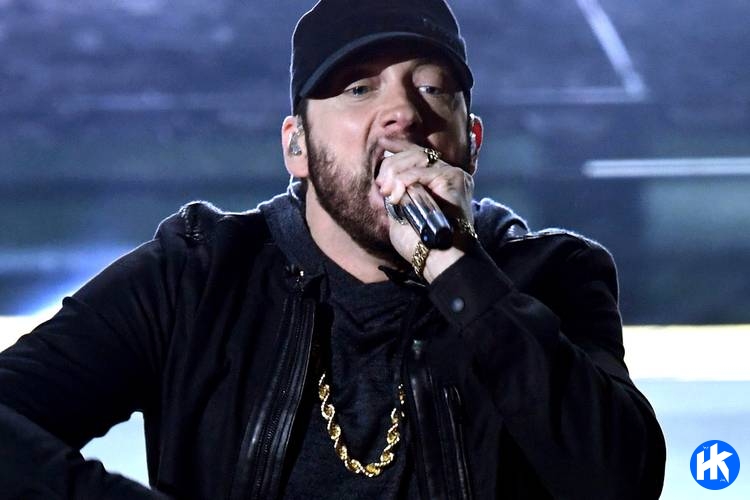 The record, which will arrive as a follow-up to 2005’s Curtain Call: The Hits, will host the chart-topping rapper’s recent Snoop Dogg collab, “From The D 2 The LBC,” as well as another previously unreleased track that has not yet been disclosed. Aside from new music, the record will feature songs from 2009’s Relapse, 2010’s Recovery, 2013’s The Marshall Mathers LP 2, 2017’s Revival, 2018’s Kamikaze and both 2020’s Music to Be Murdered By and Music to Be Murdered By – Side B (Deluxe Edition).
Eminem took to Instagram on Monday to share the official album artwork, which includes an animated iteration of the rapper alongside signature gaming-inspired iconography. “#CURTAINCALL2 DROPS 8/5,” he wrote alongside the image.


Eminem previously hinted at the forthcoming compilation album alongside the release of “From The D 2 The LBC” last month, when he included a hashtag reading the album’s name in the caption.
Curtain Call 2 is out on August 5. Alongside its standard release, the record will arrive with a selection of limited-edition box sets and a limited quantity of autographed vinyl, which fans can receive access to on the artist’s website.
Elsewhere in music, Meek Mill has left JAY-Z’s Roc Nation Management.