Raphael on May 19, 2022 0
Kelly Khumalo secures a series of wins despite being bullied over the murder of her ex-lover, Senzo Meyiwa. 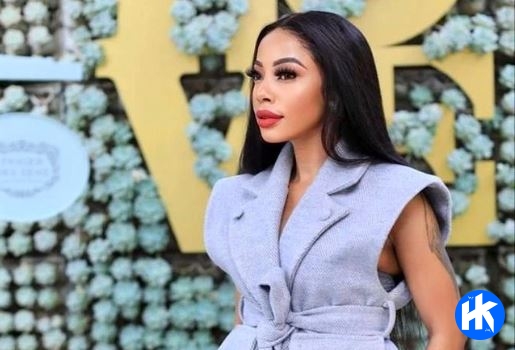 It’s been a week mixed with different feelings for the star; after celebrating her son’s birthday she got dragged on Twitter for striving despite Senzo’s case being unsettled in court, and she’s about to round off the week with exciting news of her 2020 album titled, The Voice of Africa.
The album has gone gold while singles off the project have secured multiple platinum status.
Esphambanweni is certified platinum, Ngathwalangaye is also certified platinum while Empini has gone four times platinum.
The feats were announced to Kelly in a boardroom with other executives on sit and the singer screamed in excitement.
Sharing the news on social media, Kelly said she is speechless but has expressed gratitude to Universal Music Group and other music groups that have helped her achieve this great success.