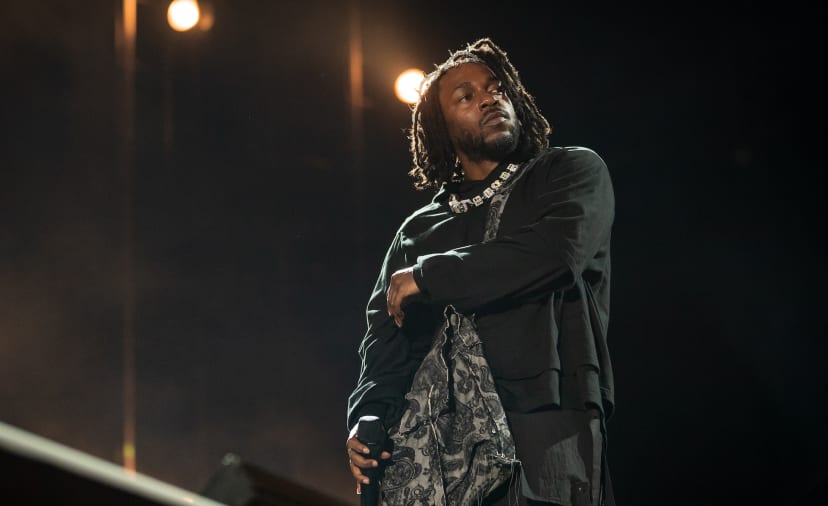 Kendrick Lamar appeared to be in a self-reflective mood on Instagram Wednesday, posting 50 photos—one by one—from The Big Steppers Tour. He also put a lengthy message on his Stories, writing at one point, “Rap has truly helped my expansion of self. beyond the perception of who I believe to be. on jojo. music is air to a young n***a at this point.”
The 35-year-old began by mentioning how it took him 20 years to come up with “Mother I Sober,” a moving song off his latest album Mr. Morale & The Big Steppers in which he opens up about coming out on the other side after confronting his own personal trauma with the help of spiritual teacher Eckhart Tolle. Lamar appears to embrace Tolle’s concept of “the pain-body,” as evidenced by his voice being heard at the end of “Mr. Morale,” the track before “Mother I Sober.” The pain-body concept explores how we carry emotional pain stemming from our childhood, which never goes away but only builds with intensity. By the time we reach adulthood, the pain-body will occasionally return in order to acquire more pain and do so by targeting a partner. You can read more in our conversation with Tolle. 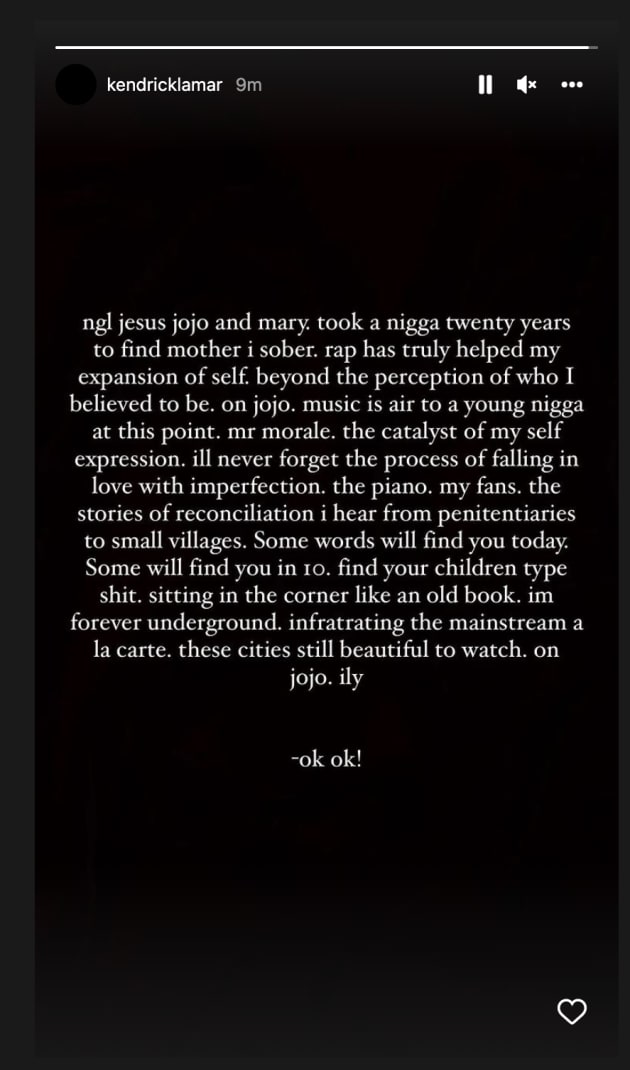 Kendrick seemed to suggest in his Stories post that by “falling in love with imperfection,” his openness has encouraged others to be more vulnerable and honest about their own personal journeys.
“Mr morale. the catalyst of my self expression,” he wrote. “ill never forget the process of falling in love with imperfection. the piano. my fans. the stories of reconciliation i hear from pentitentiaries to small villages. Some words will find you today. Some will find you in 10. find your children type shit. sitting in the corner like an old book,” he continued. “im forever underground. infratrating the mainstream a la carte. these cities still beautiful to watch. on jojo. ily. –ok ok!”


Complex recently caught up with producer Sounwave about his process working with Kendrick, revealing that the two have always had the same rapport where they get to work on the next project immediately after the last one comes to a close. The same approach seems to apply for Mr. Morale.
“Oh, we always start, immediately after. Like, we’re starting on the next one now,” Sounwave said. “That’s never going to change, all the way from the Kendrick Lamar EP. The next day, we started on Section.80. It’s just the ideas never stopped. That’s one of the main reasons I go on tour with him, is to create the next album. We can’t skip a beat. We have to just keep it going. There’s no breaks.”