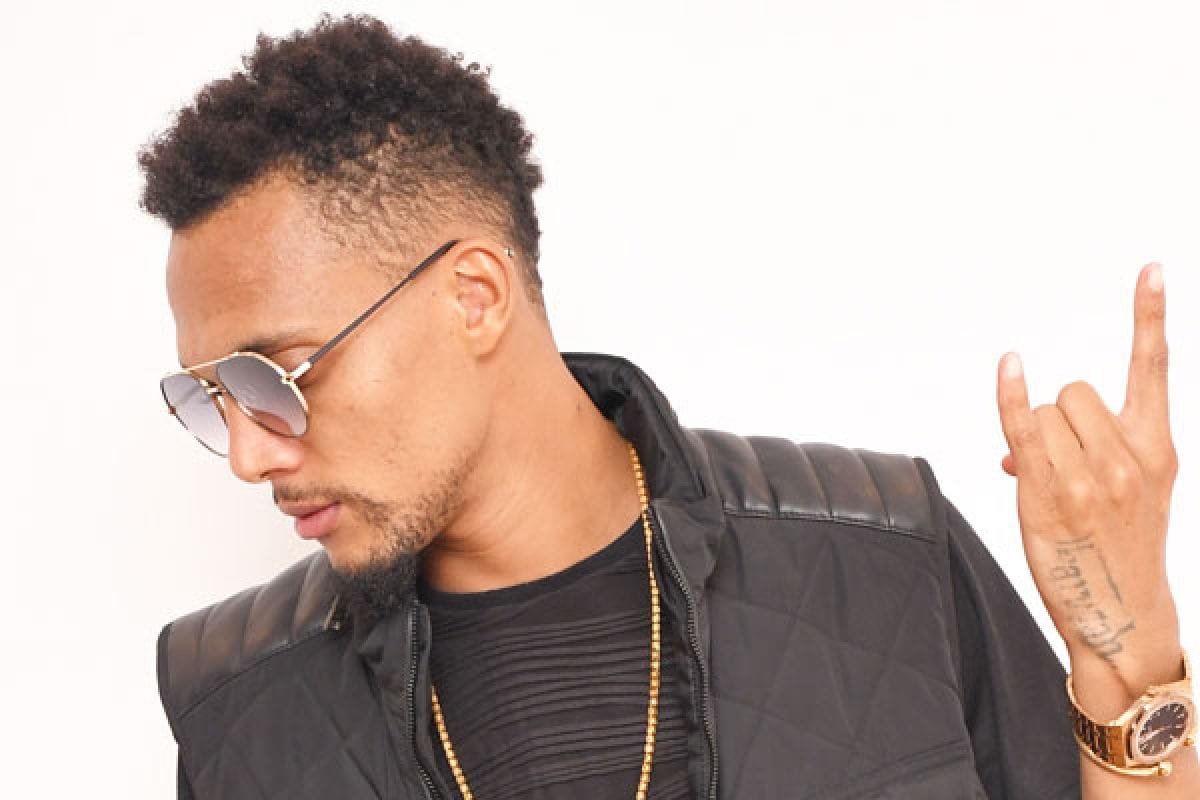 Kenyan musicians Karuga Kimani, better known as KRG The Don and Dufla Diligon, formerly of Grandpa Records, are recuperating after being attacked by street urchins in Nanyuki.

While circumstances surrounding the incident are scanty, reports indicate that the two artists were in the town that is located in the former Central province when they were accosted by street kids after their performance. 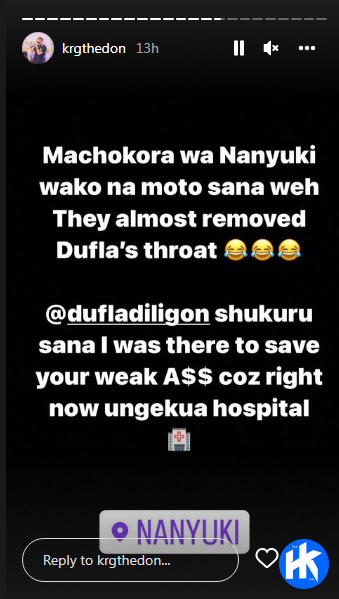 In an Instagram post, KRG, who is known for his flashy lifestyle revealed that he sustained some injuries while defending Dufla from the attackers.

Further, he noted that Dufla would be in the hospital were it not for him, adding that they would have removed his throat.