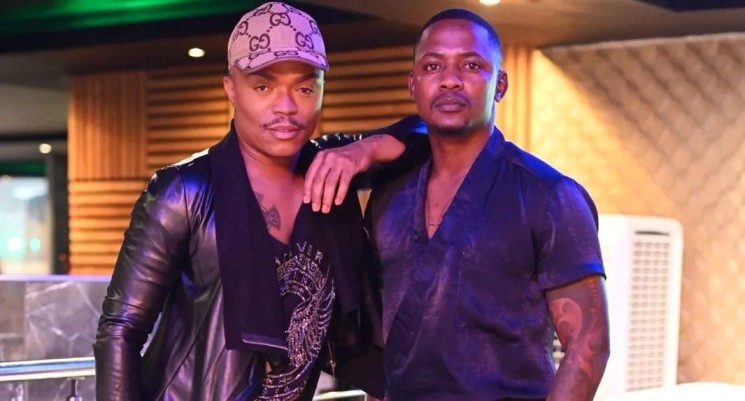 Media personality Somizi Mhlongo, continues to fuel more speculation that he is in a relationship with actor and businessman  Pholoso Mohlala, and many of his fans think he has found "the one."

The Idols SA judge shared a series of pictures where they looked very cozy and happy. He captioned the pictures "Sundaying with this one [email protected]_mohlala."


Here are some of the comments from the post.
Happinessradebe10 commented :He's the one"
Cornelia_pertu Sundays are for lovers indeed"
Laonicah_the_1st I love this for you... you deserve it"
Ndabafundi Ngumshado lo."
But, taking to his Instagram stories Pholoso shut down claims that he is in a relationship with Mhlongo. The actor has been quiet since the rumors surfaced, but taking to his Instagram account, he decided to let his fans know that they are friends. 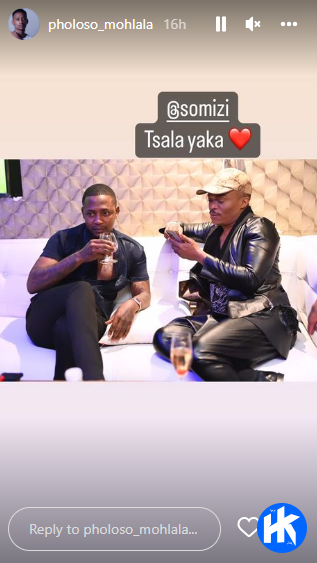 Somizi recently reacted to rumours that he will apparently get married Pholoso. This comes after City Press reported the Idols SA judge had apparently paid lobola to Mohlala.
According to the publication, lobola negotiations took place on March 19. It was reported that Pholoso and Somizi have already begun looking for a venue for their wedding.
“The date’s been set. He’s getting married in September. The couple’s going to look at wedding venues on Monday. He paid lobola during the long weekend of March 19 at Pholoso’s home in Hammanskraal.”
The media personality slammed the reports and said Pholoso is married and he has a wife. “There’s a story about me that I am getting married and a wedding is in plan and I’ve paid 1.5 million for lobola to Pholoso. I don’t have an issue with that because I'm used to people writing sh*t about me. They only got one thing right, that I know Pholosho. Pholosho is married, he’s got a wife who’s pregnant, and we are just friends.”
He revealed that he is currently in a relationship with two partners " I have two people that I was dating, one has money and the other doesn’t have money but I have to explain to these two people what’s going on. And I was still going to choose between the two of them, which the obvious case is that I am going to choose the one with money but I have to be decent and tell him first that I was going to leave him. Now he’s left me first because of the City Press story. City Press ruined my plan,” he added.
Meanwhile, his estranged husband, Mohale Motaung, is set to spill more beans in his highly anticipated Showmax Original about his toxic marriage with Somizi, titled Mohale: On the Record.
In the trailer Mohale recounted how he was happy until Somizi began to control him and remind him that he was beneath him: “I was really myself when I was with him and I could express myself in many ways… I was happy until certain things started to happen… Like the control and constantly being reminded that I bring nothing to the table except my pretty face.”
He also spoke about the alleged domestic abuse he suffered at the hands of Somizi “I remember him saying that he needs to mess up my face,” Mohale says to Aldrin, before the trailer cuts to him talking about how, “I crawled down the stairs.” The trailer then ends with Aldrin asking Mohale why he didn’t open a case. Mohale: On the Record will premiere on 4 August 2022, first on Showmax
Image Cred: Instagram