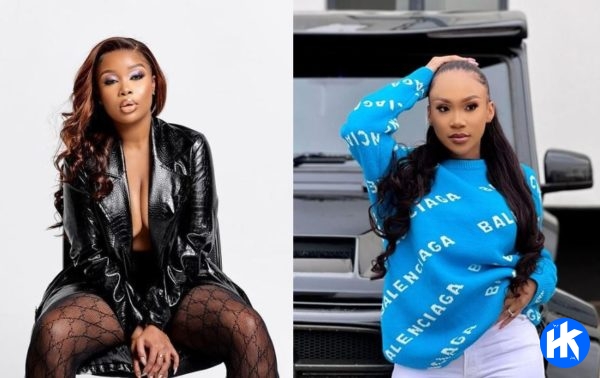 Sithelo Shozi has been accused of being jealous of Andile Mpisane’s wife, Tamia Mpisane.

Shozi and Andile’s relationship ended after the DJ birthed him two kids.
The reason behind the end of their relationship was vague but in June, Sithelo opened up about the abuse she suffered in his hands during their relationship.
She’s also filed for protection order against the father of her children as she claims he threatens to kill her.
“The father of my child still calls threatening to kill me. Even though I’ve moved out of our joint home with the children, he has managed to find out where we now live.”
“I have filed for a protection order against the father of my children. The hearing for the granting of a final protection order against him will be heard on the 31st October 2022 at the Point Waterfront Magistrate’s Court,” she revealed.
However, it believes not everyone is cool with her story as they assume she’s envious of Tamia’s life who has been given the position of the deputy chairman of Royal AM football club.
“Moghel gets chest pains whenever Tamia post herself. She even gets her inspiration from her and makes sure that she does it better just to trend. Tamia is her role model Her inspiration,” a tweep wrote.
“Moghel doesnt rest yoo phela i thought eventually it will stop but everytime Tamia posts she makes sure…and its becoming obvious,” another wrote.
Check out other reactions below: