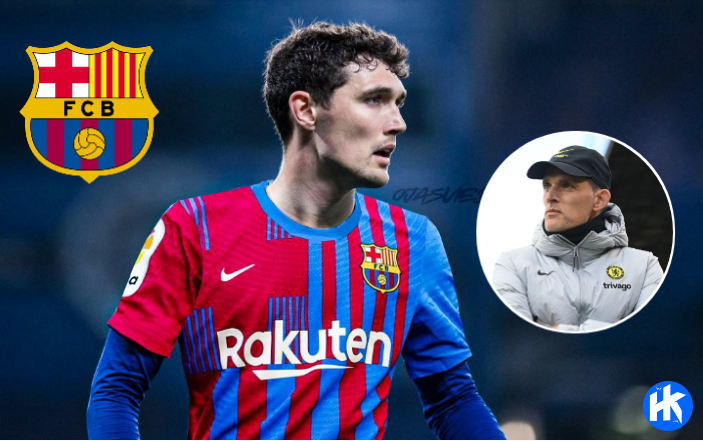 Thomas Tuchel confirmed the departure of Andreas Christensen from the Stamford Bridge as the move to Barcelona nears the final stages.
Barcelona has already reached an agreement with the Danish defender over a move to the Camp Nou in the summer. Andreas Christensen is on the verge of joining the club as a free agent this summer, everything is complete, pending an announcement. The Spanish giants are yet to announce the deal as they want him to finish the season well, with Chelsea. Deal at the final stages as things stand.
Christensen should be considered as a Barcelona player. He will sign a five-year deal with Barcelona.
Thomas Tuchel confirmed
“We’re losing Andreas Christensen this summer”. The manager finally confirms that the Danish defender will join Barcelona as he failed to reach an agreement over a new deal with Chelsea.
According to Fabrizio Romano, both Franck Kessie and Andreas Christensen should be considered as a Barcelona player. Both stars has reached an agreement with the club over a summer move. Barcelona are also working on the outgoings. Memphis Depay and Frankie De Jong are expected to leave the club.