Trouble In Paradise For The Thembekwayos
Posted by 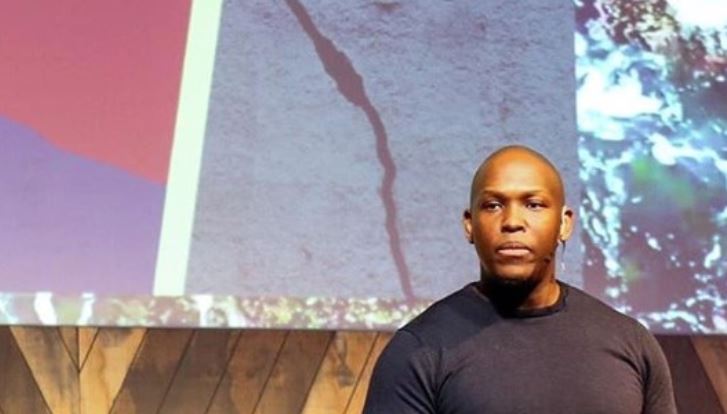 Vusi Thembekwayo’s marriage seems to have apparently reached its demise as reports claim his wife, Palesa Thembekwayo, has filed for divorce. According to Sunday World, aside from the abuse allegations leveled against him by Palesa, it seems as though infidelity played a huge role in the alleged divorce.

In December last year, Sunday World  reported that Vusi allegedly assaulted Palesa in their home. According to the publication, he apparently slapped her numerous times before dragging her by her feet.

She then opened a case of common assault against him which he was arrested for. Apparently, the fight broke when he found her sleeping because she was drunk and so he told her to pack her bags and leave but she refused.

Attempts to fix things in their marriage failed as Palesa has allegedly made up her mind.

When news broke that he allegedly abused her, he released a statement accusing her of abusing substances.

“To address the news first-hand I can confirm that I flew back to South Africa on 6 December 2021 — from an international trip to attend to a situation pertaining to my wife and her long-standing battle with substance abuse. The matter appeared in court this week and has been remanded and is being defended. At all times, I have cooperated with law enforcement to resolve this matter courteously and expeditiously.

“As it stands I maintain my innocence and will prove this in the appropriate forum and trust the justice department to deal with it accordingly,” he wrote.

He further added, “I believe my record speaks for itself in this regard. I must state that I have consistently maintained my family and personal life as a matter of privacy and never sought to make a public spectacle of my family and subsequently ensure that it be kept separate from my career.”

Palesa was apparently hurt by these allegations, “Palesa was hurt by Vusi’s claims that she was abusing substances. She feels he has damaged her reputation beyond repair as a businesswoman and as a mother,” said a source to the publication.

Palesa reportedly wants Vusi to pay R50 000 every month for rehabilitative maintenance. In addition to that, he must pay child maintenance of R20 000 for each of their three children.

Another couple calling it quits is Minnie Dlamini and her hubby Quinton Jones. The pair aired their marriage on Mzansi Magic's Becoming Mrs. Jones and share a son together named Netha.

"In the last 2 years our family has experienced incredible joy and devastating loss. During this time, we found comfort in knowing we had each other," her statement reads.
"Despite our better efforts to absorb the changes in motion, the emotional burden and the post-traumatic distress of our individual loss outweighed our will. After months of separation and consultations with our family and a counsellor, we have taken the decision to officially file for divorce, she continued.
"Despite the end of our marriage and romantic relationship, we remain friends, business partners and loving parents to our beautiful son. This was a difficult to come to and even more heart-breaking to have to announce. In the wake of this news, we ask that you please grant us privacy during this difficult time." she said.
Image credit: Instagram

Do You Know Who Uncle Vinny's Girlfriend Is?
Inside Busisiwe Mtshali’s baby shower (Video)
Ronaldo could not hide his frustration as Man United suffered against brighton
The Weeknd Fans Go Crazy When Singer Shows Off Tongue Skills on After Hours Til Dawn Tour