Why do the people of Ndebele South Africa wear neck rings?
Posted by 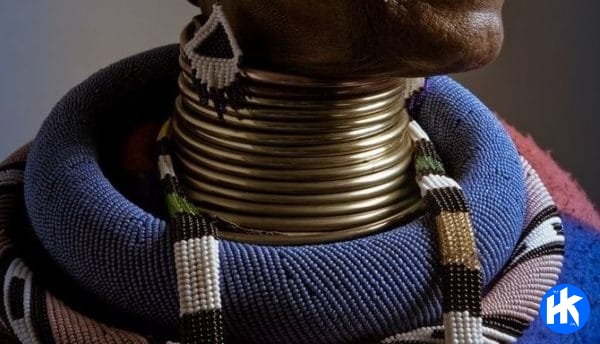 In South Africa, the Ndebele people believe that wearing neck rings elongates their necks and make the beautiful. These neck rings are gold and brass coils worn around the neck of women. It is worn to have longer necks. This seems relatively simple, right? Societal standards of beauty for those people might have been having a long neck. Although, these neck rings could not make them have long necks, it gave the illusion of longer necks. Does that sound similar to some modern beauty practices? There are also other reasons why they wear it.
1. Symbol of faithfulness
Just as a wedding ring signifies a commitment to the marriage in modern cultures. Women were not supposed to take it off until their husbands die. Conversely, some have postulated that it was worn because it was less attractive to the men of the other tribes so they will not invade their communities and steal their women.
2. Wade off attacks from Tigers
Since they stayed deep into the forest and Tigers are known to twist the necks of their victims. Would someone survive a tiger attack because they wore a neckpiece?
3. Status symbol
As a status symbol, that shows wealth and prestige.
I know you are wondering if it hurts? Of course, it causes chaffing and makes the flesh around weaker but as it is commonly said beauty is pain.