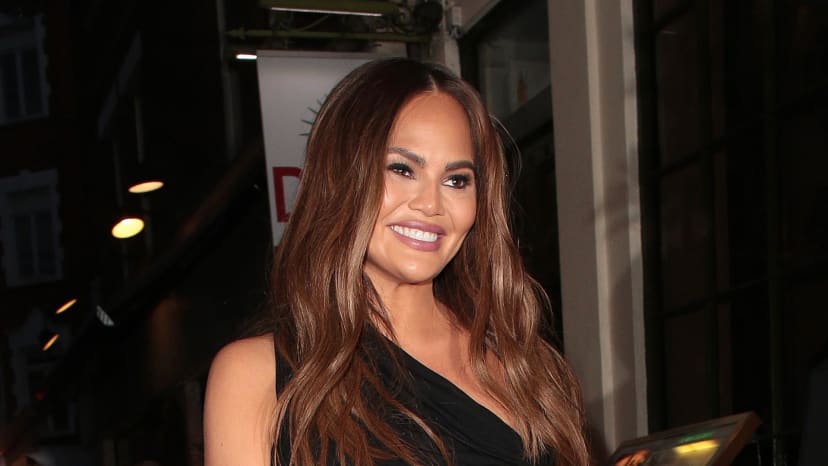 Congratulations are pouring in for Chrissy Teigen and John Legend.
On Wednesday night, Teigen took to Instagram to announce she and her husband are expecting a baby, nearly two years after losing their third child, Jack. The 36-year-old posted photos of her baby bump, along with a message in which she reflected on her past struggles and newfound happiness.
“The last few years have been a blur of emotions to say the least, but joy has filled our home and hearts again,” she wrote. “1 billion shots later (in the leg lately, as u can see!) we have another on the way.”
Teigen didn’t reveal how far along she is, but admitted she’s been hesitant to share the big news as she had an underlying fear something could go wrong.“Every appointment I’ve said to myself, ‘OK, if it’s healthy today I’ll announce,’ but then I breathe a sigh of relief to hear a heartbeat and decide I’m just too nervous still,” she explained. “I don’t think I’ll ever walk out of an appointment with more excitement than nerves, but so far, everything is perfect and beautiful and I’m feeling hopeful and amazing. OK phew. It’s been very hard keeping this in for so long!”


Teigen and Legend met in 2006 while filming his music video for “Stereo.” They got engaged in 2011 and tied the knot about two years later. The couple went on to welcome a daughter and son in 2016 and 2018, respectively.
In August 2020, the husband and wife announced they were expected their third child in Legend’s music video for “Wild.” But about two months later, Teigen shared a heart-wrenching Instagram post confirming she had suffered a miscarriage. She opened up about her experience in a Medium essay.
“I feel bad our grief was so public because I made the joy so public,” she wrote. “I was excited to share our news with the world. … Jack will always be loved, explained to our kids as existing in the wind and trees and the butterflies they see. Thank you so much to every single person who has had us in their thoughts or gone as far as to send us your love and stories. We are so incredibly lucky.”