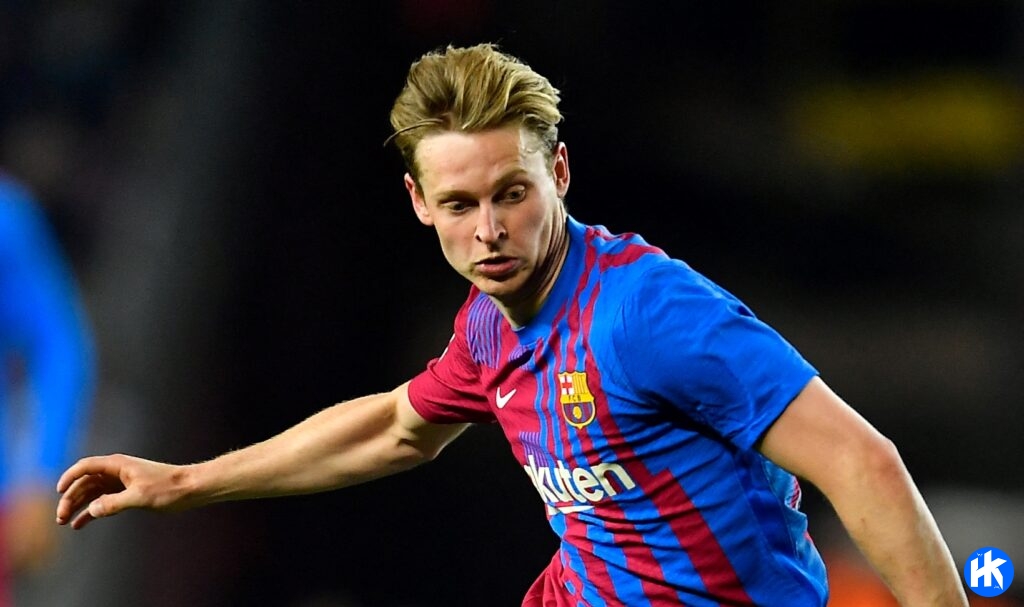 Manchester United are said to be readying a big offer in a bid to land Frenkie de Jong.
The big news today surrounds de Jong, who is being tipped to leave Camp Nou this summer.
The Dutchman is said to be desperate to stay at Barca long-term, still having a long-term deal, but according to reports in England, United are keen.
Erik tan Hag is about to take over at Old Trafford, and objective one is reportedly fellow countryman de Jong.
The Manchester Evening News via Sport say United are readying a 75million offer for the midfielder.
And mumblings in Spain suggest Barca could be tempted into a sale having signed the midfielder for a touch less three years ago.
De Jong has featured regularly this season, making 45 appearances across all competitions.
But the money could be seen as more valuable by Barca given their financial difficulties.