YK Osiris Flirts With Lizzo in Instagram Video: ‘Check Your DM’
Posted by 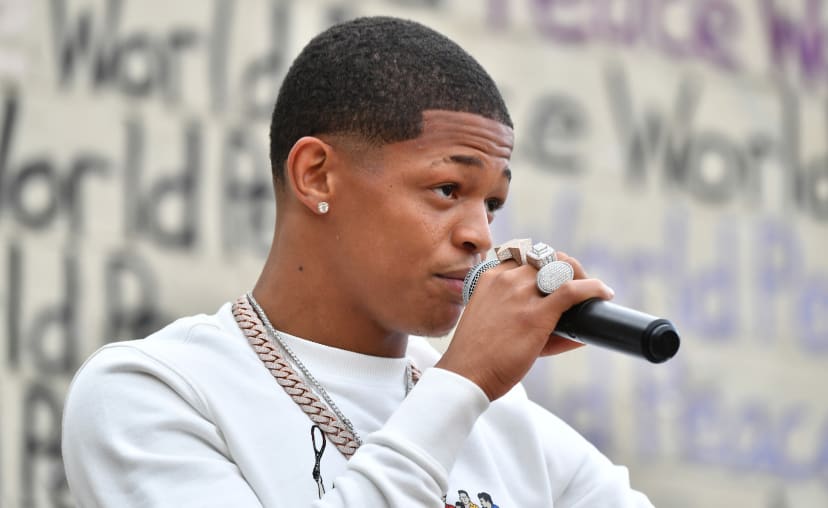 Despite an 11-year age difference, YK Osiris isn’t shying away from shooting his shot with Lizzo.

The 23-year-old R&B singer took to his Instagram Stories on Saturday to flirt with the 34-year-old pop star, who he described as a “beautiful black queen.”

“What’s up Lizzo, I just wanted to say hey,” YK said while laying in his bed. After complimenting her physique, Osiris urged Lizzo to be on the lookout for a DM from him. “Check your DM though, alright,” he said.

Lizzo meanwhile, is no stranger to shooting her shot on social media.

While chatting with Big Boy on Real 92.3 last summer, Lizzo opened up about a time in which she slid into Chris Evans’ DMs.

“I saw a video of him hollering at this Black girl,” Lizzo shared. “It was like a paparazzi video and it was old. He was outside of this hotel or whatever and he was hollering at this Black girl. He didn’t know nobody was looking at him. He was Christopher Jamal, OK? I don’t know what happened with that, but I know it was years ago so I was like, well she probably not in the picture no more.”

She added, “There’s just something about that face. When you come up to a Black woman, you gotta come correct. And when you do come correct, there’s nothing more attractive. So I said ‘He got game a little bit. I’m single.’”