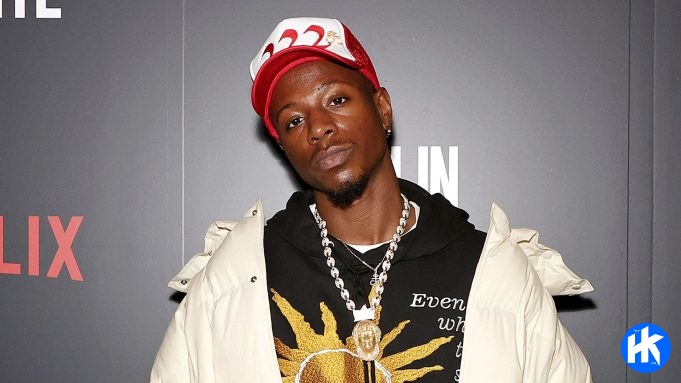 Joey Bada$$ is set to make his full-fledged return to the music scene, as the rapper has announced that his next album will be titled 2000 and will be released on June 17. This date is significant, as 2000, the Brooklynite’s first album release in more than five years, also marks the 10-year anniversary of the release of his breakout mixtape, 1999.
In a post on his social media account, Joey revealed the album title and release date while sharing an accompanying trailer for the project, which includes a snippet of a previously unheard song from the rapper. “Back on the set like I never left… #2000 #newalbum #june17th,” he wrote.


While details surrounding what listeners can expect on 2000 are still being revealed, Joey has dropped bits of information regarding the album, such as a tentative production lineup that includes 1999 collaborator Statik Selektah, Mike Will Made-It, Cardo, and Kirk Knight.
Joey also previously teased a collaboration with DJ Premier, a song that’s particularly anticipated by fans. In conjunction with news of the impending arrival of 2000, the rapper also revealed that he was set to hit the road for an upcoming tour that kicks off this summer with an opening show on July 1 in Boston and runs through July 28, with a final show in Los Angeles.
In March, Joey released the latest single, “Head High,” which he stated was one of his favorite songs he’d ever recorded and was inspired in part by late rap star Nipsey Hussle.

Joey Bada$$ has been building his star power via his acting chops over the past few years, scoring roles in the television show Mr. Robot as well as 50 Cent’s Power Book III: Raising Kanan, in which he plays blood-thirsty drug kingpin Unique. The rapper recently appeared on Hot 97 for a freestyle with Funk Flex, which you can check below to get a sample of what’s to come on June 17.